I had another go at making bread. I have tried baking in a pan and really prefer the free-form loaf. I used the same recipe as found in my previous post on making artisan bread.

I really focused on making it look as good as it tastes, as my previous loaves were not so pretty to look at (but they tasted great). They likely turned out ugly because I did not let the dough rest long enough after removing it from the refrigerator. This time I doubled the recipe. I made two loaves — one single pound loaf and one three pound loaf. I let the single pound loaf rest for about 45 minutes and the three pound loaf rest for about 90 minutes. Judge for yourself, but I think they turned out much, much better.

This is my first attempt from 10 months ago. It looks like a cooked snail. It tasted fine, though.

This time...I did much better. 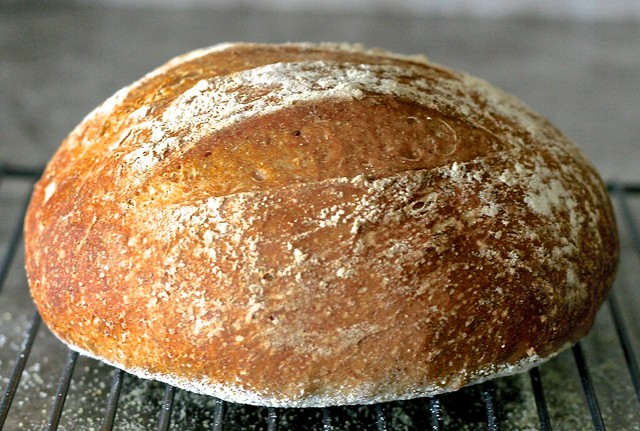 It even made great sandwiches. 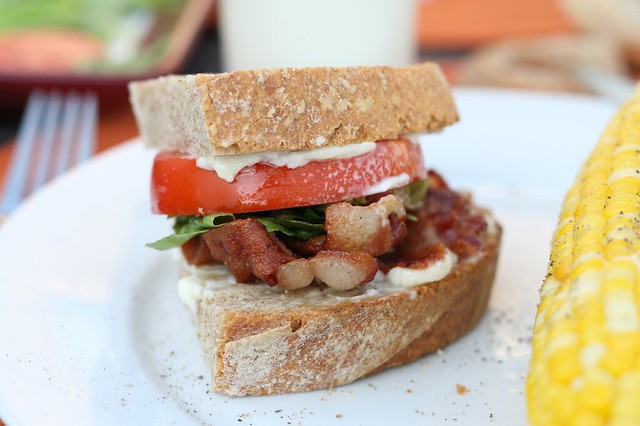 BLTs and fresh corn on the cob eaten outside on a picnic table is one of my favorite summertime meals. I wish I was eating that sandwich right now.

I made a recent trip to Chicago to attend An Event Apart. As we wandered about the city as tourists in the evenings, I tried to take pictures as close as my lens

Why I Make My Own Soap It started as a challenge. My wife wanted to buy this $9USD bar of soap in La Jolla California. I thought, “if there is anything different about

Arbitrary Reason
—
Revisit to my rye-ish bread
Share this